Dispatcher at heart: Behind the Thin Gold Line with Sondra Wesley 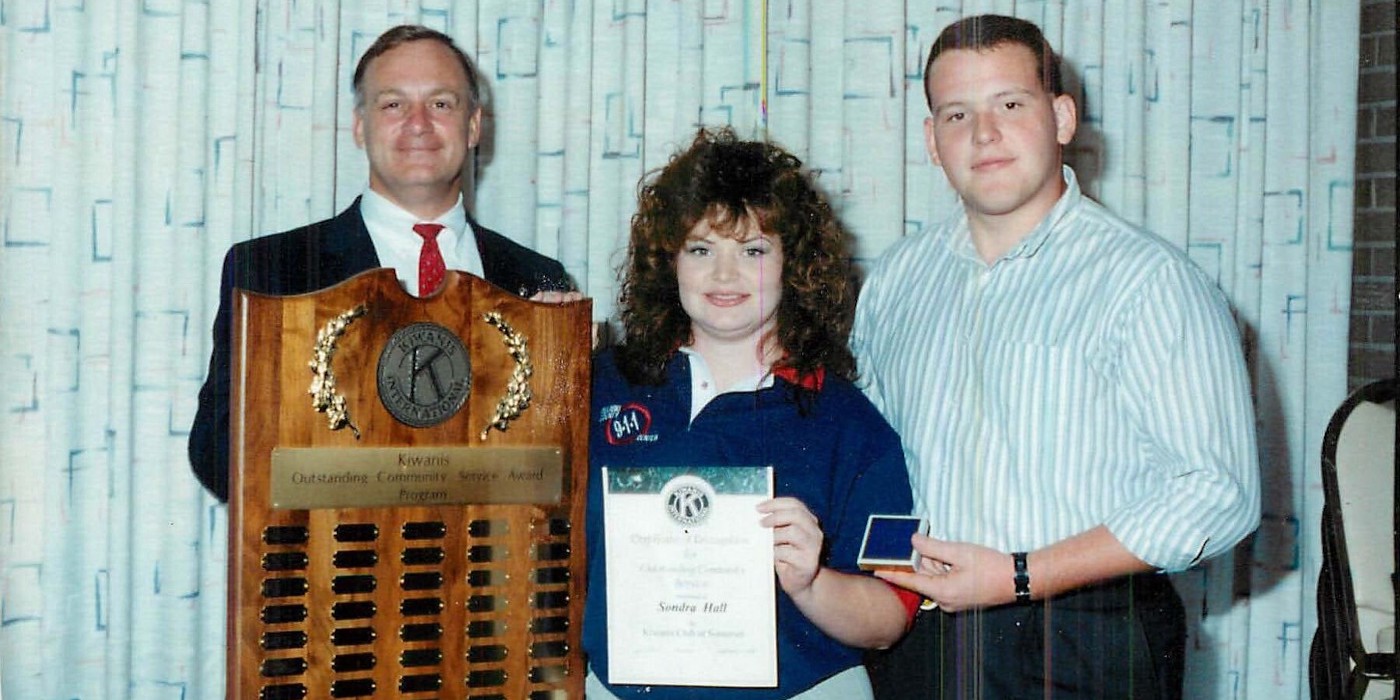 In a lot of ways, Sondra Wesley beat the odds.

Born and raised in rural Kentucky, she was forced to move in with her aunt as a teenager as a result of domestic violence within her family’s household. Of her hometown, she says, “Your only hopes and dreams were to be a teacher or a nurse because those were the only things that required a college education.

“I once had to have a psychological evaluation for a medical procedure and I was described as ‘amazingly resilient’…my life could’ve turned out very differently, and probably should have. [My upbringing] wasn’t great but it wasn’t anything like it could’ve been…I just call it non-traditional.”

“I like to think that I beat the statistics,” she says.

As Prepared’s implementations lead, she leverages her 30+ years of public safety experience to help ensure our PSAPs, and their employees, can effectively use Prepared Live, enhancing their 9–1–1 processes by adding live video, photo, text-to-911, and GPS location at the touch of a button.

Sondra began her career in public safety as an EMT and paramedic outside of her hometown shortly after becoming the first in her family to graduate high school.

“I once had to have a psychological evaluation for a medical procedure and I was described as ‘amazingly resilient.’”

“[It] gave me a fresh start where no one knew my background, where I could build my own name….I worked with the ambulance service for about five years, it was enlightening. You really had to be able to take charge and thats’s where I got a lot of my confidence from. You did have to make those life and death decisions and I did very well at it,” she says.

Having spent time in emergency services, Sondra was intrigued by the idea of transitioning to a role in 9–1–1 dispatch.

“I wasn’t a natural fit,” she says, “I left a lot of my early days crying and it was a lot to have to learn to multitask. As an EMT you could do multiple things with two hands but in dispatch it was tough learning what was where [and how to multitask].”

After about a year in the job, she finally began to settle into the role. Then, she picked up a call that she’ll never forget. One that garnered her national attention and changed her perspective on dispatch.

Being the Thin Gold Line

As a dispatcher, Sondra says, there are a few calls that you get during your career that stick out. They test your mettle, your poise, and your mental stamina. They can come at any time, from anywhere, and you never know what someone is going to say when they call.

“[One day] we received a call from a family living in Section 8 housing that their child was on an organ transplant list and [that] they’d received a call that there was organs available for them. They had to be in Omaha, Nebraska in eight hours in order to receive the organs.

“Well, we [were] in rural Kentucky and we [were] a long way from Omaha. Not just a medical helicopter [could] do it because it couldn’t make the trip. We needed a jet. Needless to say, I called Congressman's offices and I called everyone I could think of to find someone who could transport this child.

“I found a medical jet in Louisville that offered to do it for free, then I had the sheriff’s office to do the transport. They ended up getting there in time and doing the transplant and she lived…

“After that my career kind of turned. I had earned the right to be there.”

And she had. She could’ve easily told the caller that their request was not something she could handle and that they’d have better luck trying elsewhere. For dispatchers, finding private jets to fly people to medical procedures is not necessarily in the job description.

To Sondra, it didn’t matter.

Find a way: coping with stress on the job

Going above and beyond the call of duty is what defined Sondra as a dispatcher. I could hear the pride in her voice as she shared her stories, understanding that she had a special capability to empathize with the person on the other end of the line.

“When you look [around], especially in the line of work we’re in [as dispatchers]…how can you say your life is bad when you compare it to some of the calls we receive?”

For dispatchers, stress and anxiety can be near-constant presences due to the high volume of calls and distressing circumstances that are often occurring as they’re made.

Sondra says that often times, the most important thing is to simply get ready for the next call, “because the phone’s ringing. Somebody else needs help, no matter how minor or large it may be…you never know what the next call is going to be.”

And she also sees that dispatchers are beginning to get the kind of help that they need.

“I’m glad that more attention is being brought to [mental health] and I hope we can it embrace it more quickly than was done with law enforcement or the military.

“I think that a lot of people don’t know what happens in a 911 center or a lot of people think [dispatchers] are glorified secretaries…I didn’t really know what the job was myself when I put in for it which is why I think I had such a hard time adjusting in the beginning.

“It’s not [a secretary job] at all. You really are…constantly in high drive for the entirety of your shift. I think if the general public understood more of what it was like…the more that it goes mainstream and they understood some of what we deal with…the better.”

Today, Sondra has shifted to the other side of the chair, so to speak. After so long working in dispatch and training dispatchers, she says she’s excited to take on a new challenge with Prepared.

“Of course my heart is in public safety [and] I was happy to still be in this realm but…I really do believe that Prepared is bringing something into the center that has been long overdue, that does help wrap up the rest of the story…its going to bring some enlightenment to what is being said [on the phone].”

And what does she want to bring to Prepared?

“I’m hoping that I can help [Prepared] see more potential than what [the team] can see themselves. Having been hands on and boots on the ground all those years might open up some different avenues for the company. I’m always trying to think about verticals…[and] this [work] is just fun.

She is adamant that the future of 9–1–1 dispatch looks vastly different than her first days on the job in the 1990s.

“I do think that there is going to be a heavy technology base…Who would’ve thought when I started that [911 dispatch] could do what it’s doing now? We’ve talked about NG911 (Next Generation 911) for 10 years and this is the closest I’ve ever come to seeing it exist, and that’s the truth…a decade later and [we’re] finally doing it.

“Even though it’s not as conventional or how people would have though it would work, we’re doing it and I’m excited to be a part of it. I hope that we can get in there and let everyone see how great it is.”

Looking back, she wishes it could’ve happened earlier.

“I think, with my skills and dedication, and the same of other dispatchers [that I know], having a tool like Prepared Live that would’ve let me see emergencies as they happened…it would’ve made all the difference.

“Some of those calls, the 1/300, that stick with you…they don’t always have a happy ending. I believe, with the livestream, photo, text, and location it provides, Prepared Live can help make sure there are more positive outcomes.

To learn more about Sondra, Prepared, and how we can help maximize safety in your community, visit our website or follow us on Twitter and LinkedIn!