911 can look to private technology 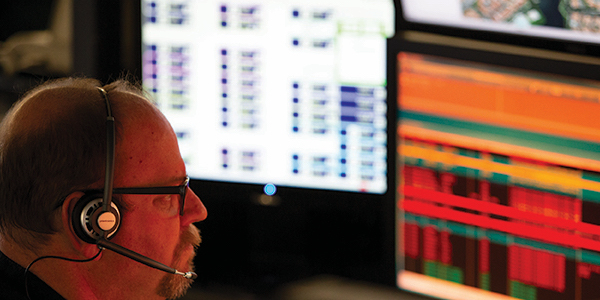 This piece was originally published in the Winter 2022 Edition of the Michigan Police Chiefs magazine.

Scanning the news today, it’s easy to be overwhelmed by mentions of supply chain congestion, inflation, and COVID-19. Somewhat lost amidst this flood is a massive slash in proposed funding to 911 in the latest versions of the new government spending bill. The last proposal of $470 million represents some stark realities. According to the International Wireless Communications Expo (IWCE), while that number, “would more than double the 911 funding previously provided by the federal government for 911 purposes,” it is less than 5% of the initially proposed $10 billion.

Even more frustratingly, that original number still falls short of the projected $9.7-12.5 billion needed to overhaul 911 infrastructure over a 10-year period, according to a 2018 estimate from the National Highway Traffic Safety Administration (NHTSA). Margaret Harding McGill’s recent piece for Axios indicates that some industry advocates raise estimates as high as $15 billion.

The disconnect between what's needed and what's been given represents a longstanding underemphasis on improving emergency services in the United States. Desire from industry leaders to advance outdated technology is not new. These reconciliation cuts demonstrate the lack of priority historically given to PSAPs nationwide. They also highlight a stark difference in understanding between those that are in the emergency community and those that are not. This is in part due to a broad lack of education around what our emergency systems require.

911 professionals are responsible for aiding and assisting Americans during some of their most vulnerable moments. The technology they're able to deploy is still decades behind what the everyday consumer enjoys. Where 85% of Americans now own and use smartphones, our 911 systems are built as if they're receiving calls from landlines. Dispatchers are often left to hastily jot down handwritten notes that lose detail as they are quickly passed down the line of communication to first responders. As a result, valuable, life-saving data and information is lost due to the lack of advancement.

The advent of NG911: the future

The National Emergency Number Assocation (NENA) identified the need for "Enhanced 9-1-1" in 2000. In 2002, the US Department of Transportation (USDOT) began researching NG911 and by 2004 had launched their NG911 initiative. The initial proposal focused on establishing a plan for nationwide transition and adoption of a 911 system that was “capable of using voice, data, and video transmission from different types of communication devices and sharing this digital information among 911 call centers and emergency responders.” From this point forward, NG911 has moved at what could be kindly referred to as a glacial pace.

No meaningful progress was made toward implementation until 2009 with the release of design and transition plans. In 2011, the first NG911 activity standards were published. Not until 2018, when the NHTSA published its NG911 cost study, did we know the full scope of how expensive the transition might be. A year later, in August 2019, a measly $110 million in grants was distributed across states to further development despite the 2018 cost study recommending billions more.

As of today, only 11 of the 50 states have the ability to use NG911 technology to process voice calls (i.e. are fully operational). Ten states are in progress on implementation and the remaining 39 are either seeking proposals, have only adopted an initial plan, or have not provided any data regarding progress at all.

Nearly 20 years after the idea for NG911 was developed, little more than 20% of states that are fully NG911-capable - and that only means that the systems are available for utilization, not that they are actually deployed on an active basis. Despite the promise and idealism inspired by an idea as vast in scope and scale as it is, it has been bogged down and lost amidst political and technological waves.

It seems clear that, in the short-term, the necessary funding will not be provided at the federal level. Without funding, centers must look for alternative technologies to fulfill next-generation 911 capabilities. These solutions can be found in the private sector.

Our team recently exhibited at the IWCE, “Connecting Critical Communications,” Expo which showcased a number of emerging and established companies in the emergency communications space. Of note, multiple large corporations, including Verizon, AT&T, and L3Harris, sponsored the event, highlighting the attention that the industry is currently garnering.

In a survey run by IWCE, 53.9% of public safety respondents said that they plan to purchase new 911 or Next-Gen 911 software in the next five years. Currently, a variety of privately developed 911 solutions exist in the market. AT&T is nearly done building out a public-safety broadband network, FirstNet, that is meant to be, “the first high-speed, nationwide wireless broadband network dedicated to public safety.” Some companies’ success has fundamentally altered nationwide 911 capabilities. The most notable private technology developments address:

Caller location went from an unsolved mystery to an essential technological development for centers in under 10 years. The proliferation of 911 calls caused by COVID-19 highlights the need for greater system resiliency in order to respond to increased volume. Elsewhere, new technology mirrors many of the core functionalities of NG911. This includes enabling the ability to send photo, video, and other advanced data.

Where the government has been bogged down by red tape and a lack of funding, the private sector has been buoyed by millions in venture capital funding and a mandate to grow quickly. Rather than the slow rip-and-replace mechanisms required to transition to NG911, privately developed software is often designed to easily integrate or sit alongside existing systems.

Where NG911's implementation time horizon can be multiple years, a private solution can be in place within months or even weeks. As a result of these mechanisms, and in spite of slow progress at the government level, adopted softwares have pushed emergency communications forward.

The next few years will be key in determining the future of 911 technology. As NG911 progresses, and private solutions continue to play a role, the importance interoperability will increase. Industry leaders will need to further aid in educating the public on the challenges that emergency professionals face on a day-to-day basis. As more citizens' understanding and appreciation for 911 grows, it will become easier to drive change in the space; change that can help save millions of lives in communities around the country.

Visit Prepared911.com to learn more about our free solution that brings life-saving data to PSAPs.