Video can improve T-CPR. Here’s how. 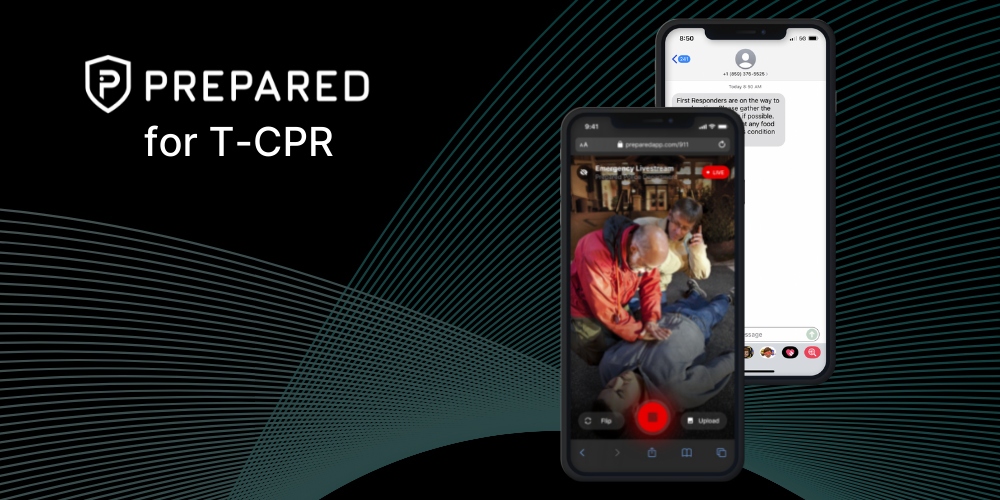 According to the Sudden Cardiac Arrest Foundation, there are, “more than 356,000 out-of-hospital cardiac arrests (OHCA) annually in the U.S., nearly 90% of them fatal.” That’s nearly 1,000 victims per day that have a roughly 10% chance of survival. However, “When CPR begins prior to the arrival of emergency medical services (EMS) personnel, the person in cardiac arrest has a two to three-fold higher likelihood of survival.” (American Heart Association/AHA)

911 dispatchers can play a key role in facilitating this intervention through the practice of telecommunicator CPR (T-CPR), per the AHA:

“…instant instructions [from the telecommunicator]…[allow] bystander CPR to begin – it works by keeping the brain and heart alive until EMS arrives to provide defibrillation and other vital interventions. T-CPR can assist the untrained caller as well as remind the CPR trained caller how to provide high-quality CPR.”

Across 356,000 cases per year, as many as 7,500 lives can be saved through effective, efficient, and properly trained T-CPR.

In 2017, the AHA’s T-CPR Task Force released the High Performance Standards that PSAPs are recommended to achieve in regards to T-CPR provision (note: in March 2022, the National Emergency Number Association (NENA), released a standard that was developed alongside RQI partners, a partnership between the AHA and Laerdal Medical, that aligns with that of the T-CPR task force). Outlined in the image below, the AHA standards provide actions and guidelines for each step of a call that involves OHCA:

The AHA measures the success of a center’s implementation of these standards by:

Four out of these five success measures focus on the recognition of the need for T-CPR, while the other hones in on the actual provision of T-CPR to the OHCA victim.

In regard to recognition, symptoms of a sudden cardiac arrest may not be immediately evident to the average person who calls 911. The majority of 911 calls in the United States are verbal-only and thus rely entirely on the caller, their mental state, and their ability to describe an emergency to aid a telecommunicator in administering T-CPR.

By adding live video to the call, we add the eyes of a trained professional that can more easily and accurately recognize the emergency. Further, upon recognition, the telecommunicator is able to walk the layperson through each and every step of the provision of CPR with a level detail that can only be provided if live video is available.

Prepared believes that by strengthening both recognition and provision, live video can make a meaningful impact on T-CPR practices; but what does data say? A study published by the European Resuscitation Council in November of 2021 concludes:

“Live video streaming from the scene of a cardiac arrest to medical dispatchers is feasible. It allowed an opportunity for dispatchers to coach those providing CPR which was associated with a subjectively evaluated improvement in CPR performance.” (Linderoth et. al)

The authors also note that T-CPR improves both the overall rate of T-CPR provision and the rate of survival for victims of OHCAs. While the study relies on a small sample size, and live video on 911 calls is a nascent concept, early results are promising - including in Prepared Live PSAPs.

T-CPR with video: a real-life example

Last year, in Nye County, Nevada, a citizen dialed 911 to report an unconscious male. Dispatcher Shamoya Radcliffe, and her dispatch supervisor, immediately sprung into action by requesting livestream from the caller through Prepared Live.

Through the live video feed, the pair were able to achieve the two key high-level components of the AHA's High Performance Standards that we discussed earlier: recognition and provision. Shamoya and her supervisor identified the need for T-CPR and then effectively administered T-CPR by guiding a layperson through the provision of CPR. This provision included a detailed correction of hand placement that would not have been possible without live video.

Ultimately, the citizen survived as a result of these lifesaving actions from Shamoya and her supervisor. Nye County's use of Prepared Live was exemplary of how the software can make an impact on T-CPR calls moving forward.

Speaking with Prepared about the incident, Shamoya said, “The experience was a mixture of ‘Wow, we’re actually there’ and [are] able to make a difference in the call…we could see what’s going on and give them instruction and it was amazing." You can read more about Shamoya and Nye County here.

Prepared aims to empower heroic dispatchers in our centers to make even greater impacts in their communities than they already are. .

Check back soon for more in Prepared’s “T-CPR Hub” that’ll dive into every aspect of T-CPR and video on 911 calls.

Thank you for requesting the toolkit! You should be receiving an email with the toolkit shortly.