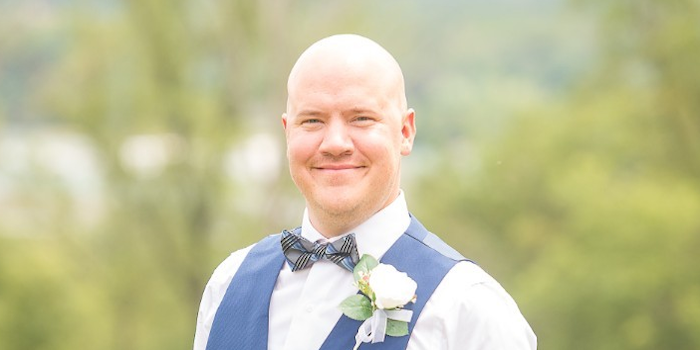 Tell me about yourself, what your upbringing was like, and how it leads into your career in Public Safety

I grew up in a small, quiet, low-crime town in the suburbs of Harrisburg, the capital of Pennsylvania. My father was a prominent lawyer and had an office located centrally in the city where, from a crime perspective, things were very different than the suburbs. When we went to the city to visit his office, we were always told to stay right by his side. We’d walk from the parking garage to his office through a back ally that also had an after hours basement pub in it.  The city always seemed like a stark contrast to what I was used to in my neighborhood.

At a young age I witnessed an assault where several men jumped one person. I remember screaming for help while my dad ran over to step in and break it up. Afterward. he stood by until medical help arrived. I felt a keen interest in how quick people were there to help, how fast the police showed up to step in, and how the EMS personnel reacted - it seemed like they didn’t even have to think about what needed to be done, they just went to work.

How did you get started in 911 dispatch?

I Initially started at a firehouse after a friend of mine took me to the local station where he’d been volunteering. The crew showed me the ropes and I quickly fell in love with it. After I got all of my fire certifications, I decided that I wanted to start running EMS and got my EMT license.  At the time my fire chief was working at our county’s 911 dispatch center and that also seemed like  great opportunity.  It turned out that everyone wanted a job there, so it was super hard to get, but I was lucky enough to get selected after I applied.

Do you have a favorite story (or two) from your time in dispatch?

I could go on with stories forever but the most prominent, and the one of which I am the most proud, was a call on which I was accredited with taking down a terrorist who had shot at and struck multiple officers in my local area.  It was one of the longest, and most successful, days of my career as every responder was able to make it home that night. Our quick actions and attention to detail helped turn the tide and neutralize the suspect before anyone in the public was injured.

I was honored to attend an award ceremony and receive a unit citation for my actions that day. Far too often, however, dispatchers don’t receive the recognition they deserve in these scenarios.

What do you think has changed the most in the field since you started and now after you've left?

Most centers are starting to realize the toll the job takes. Mental health has really come to the forefront of the conversation in 911 dispatch.  What used to be ignored and treated as a dirty little secret is now discussed openly and accepted as something that needs to be addressed. There’s a recognition now that if we, as dispatchers, are not 100% then how can we give 100% to those that need us?

In most states, 911 dispatchers are still considered secretarial and only a few states have started naming them first responders.  While that might seem semantic, it allows them to receive mental health care and to gain access to other programs developed to support first responders.  I believe this should be happening nationwide so dispatchers can get the help that they need, when they need it.

Tell us a bit about why you decided to join Prepared and what you hope to bring to the company.

During the interview process, I felt that Prepared had a real understanding of the challenges faced by those in the seat because they ask the questions that matter. That comes from this fact: Prepared truly cares about making a difference in people’s lives. Among other things, we want to:

We understand that what we are doing is extremely important work and can make a huge impact in the future of public safety.

NG911 is no longer the future - it’s happening right now. 911 will no longer be held back by the limitations of outdated software. Our first responders will be more informed, better able to adapt, and have a better chance to safely respond to emergency situations.