Congress wants to modernize 911. Here’s how Prepared is leading the way. 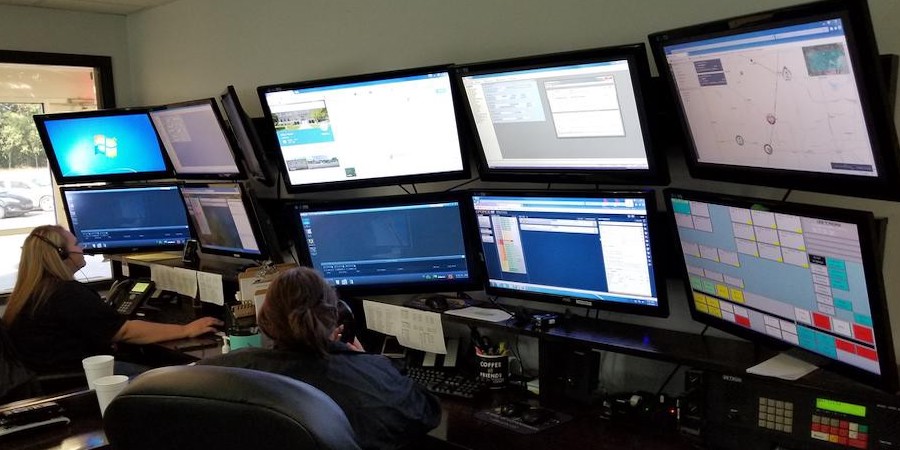 In September of 2021, two Senators (Klobuchar, D-Minn, and Cortez Masto, D-Nev) announced a bill to create $10 billion in federal grant funding to upgrade 911 dispatch centers around the United States. They chair the Senate Next Generation 9–1–1 Caucus that, since its founding in 2003, has sought to promote nationwide education on the importance of our emergency communications systems. While technology, consumer and otherwise, has evolved at an exponential rate over the last 30 years, emergency technology has been left behind.

Currently, a variety of privately and publicly developed solutions to this issue exist in the market. Most notably, AT&T is nearly done building out a nationwide public-safety broadband network, FirstNet, that is meant to, “operate, maintain, and improve the first high-speed, nationwide wireless broadband network dedicated to public safety.”

The recent IWCE Expo, “Connecting Critical Communications,” (which Prepared attended) showcased a number of emerging and established companies in the emergency communications space. Of note, multiple large corporations, including Verizon, AT&T (FirstNet), and L3Harris, sponsored the event, highlighting the attention that the industry is currently garnering.

Margaret Harding McGill penned an excellent piece for Axios that highlights the low-tech reality of 911:

“According to the FCC, almost 3,000 911 centers [of 6,000+] are capable of receiving text messages. But none have full capabilities to take data from smartphones, said Harriet Rennie-Brown, executive director of the National Association of State 911 Administrators.”

Despite — or because of — this reality, public safety officials have shown a strong appetite and desire for new platforms. In a survey run by IWCE, 53.9% of public safety respondents said that they plan to purchase new 911 or Next-Gen 911 software in the next five years. At Prepared, we’re seeing this trend at work every day in Centers around the country.

David Boruchowitz, Captain of the Nye County Sheriff’s Office, says that his agency is constantly looking for programs that can help improve their efficiency and safety. Discussing Nye’s recent adoption of Prepared Live, he says, “[It] is one of those programs that as we have implemented, we realize has been something that has been lacking in the dispatch center for years.”

More and more centers — and emergency personnel — are coming to similar realizations. In the last month alone, eight centers have added Prepared Live to their technology suite. The task of actually integrating a new software, however, can be arduous.

Nye County began phasing Prepared Live into their dispatcher processes only a few months ago in July of this year. Discussing the early period of adoption, Boruchowitz says, “One thing we noticed right away — as expected when you get a new software — with our employees was that they felt this was a burden and it was not going to be helpful and that it, in fact, was going to cause them more headache.”

Dispatchers face a significant amount of stress on the job. They’re required to effectively communicate with callers that are frequently under duress or panicked while simultaneously gathering information that they pass down the line. Boruchowitz calls his dispatchers, “the most critical part of a law enforcement agency,” and adds, “They are the first person that the public talks to and they are the first person that is watching for our deputies and for the safety of them.”

Adding extra stress to dispatchers and first responders is the antithesis of what we are trying to do at Prepared — and hesitance toward a new technology is completely understandable. However, some interesting trends are emerging from centers, like Nye County, that are implementing the technology that shed light on how the broader, national transition could look (and how law enforcement leaders can help guide their Centers in the right direction).

In Nye County, we’ve seen firsthand the impact of buy-in at the top helping create buy-in from team members. Captain Boruchowitz used an innovative tactic to expedite the process, he says, “We implemented a challenge, instead of a punishment, for not using it, because our employees traditionally want to do good. We figured if they could see the benefit of Prepared Live and that they could see how it could help make their jobs easier, we could quickly have them [become] believers in it.”

Thanks to this creative idea, and the platform’s ability to make a positive impact on 911 calls, usage in Nye County has seen consistently steady upticks week-over-week during the pilot period, culminating last week with a record of 159 calls on which Prepared Live was activated.

While Nye was setting a record for usage, we highlighted how their Dispatcher Shamoya Radcliffe grew to understand and appreciate the value brought by Prepared Live. She spoke at length about the transition process and the time it took to get used to incorporating the platform, concluding, “Once you give it a chance, you fall in love with it.”

Boruchowitz concurs, “As expected…the challenge led to teams working harder against each other to use it more frequently. At this point in time, we have a pretty consistent use of Prepared Live.”

Discussing the current emergency communications paradigm, Harriet Rennie-Brown told Axios, “You have this amazing device in your hand, and we can’t use all of the information it’s capable of sending us.” Prepared Live aims to alter that reality.

Prepared Live initially aimed to solve certain key pain points for dispatch centers and emergency teams by harnessing the power of technology that already exists. This includes providing the ability to communicate silently, removing the delay in the time it takes to get eyes-on-scene after a call comes in, and eliminating the “funnel” mechanism that forces decreasing information quality as it flows downstream from dispatch to first responders.

Now, centers that have adopted the platform are seeing it make a significant dent in the prevalence of those issues. Through Prepared Live, smartphone callers can use a secure chat to text with the dispatcher when it is unsafe to speak. Further, activating Prepared Live gives the dispatcher and caller live stream capabilities, providing eyes-on-scene in the early stages of an emergency. Lastly, it removes the funnel mechanism by ensuring that first responders receive the same, detailed information that the dispatcher receives.

That, however, is just the beginning, according to Captain Boruchowitz, who says, “One of the best things about Prepared Live is that it’s very flexible. As we’ve dealt with the Customer Success team, we’ve identified several things in Nye County that, for our agency, work.” These include solutions to several long-term issues for the department. Boruchowitz continues:

“With the advent of technology we’ve seen a significant increase in 911 cell disconnects and accidental 911 calls, where either smart watches, phones, or tablets, or many of the other devices that are there are accidentally tying up time in our dispatch center. As a result of that, we’ve implemented Prepared Live to be utilized by the dispatchers to talk to people in real-time and to be able to see their surroundings and verify that there is no actual emergency and they’re able to close that call out without having to send a deputy and without that call holding. This has significantly reduced the load on our deputies, has allowed the public to get a much quicker response, and has allowed our dispatchers to keep those calls from brewing on their screen…we’ve seen very quickly that this is a time saver.”

In emergency communications, saving time can mean saving a life. By utilizing the platform in innovative ways, Nye has begun creating a positive feedback loop. Each inefficiency that is addressed enables the team to deal with another, then another, and so on.

Prepared Live helps ensure better information at each stage of the emergency communications process, not just for Dispatchers. This means that it improves safety for the caller and the first responder, holistically maximizing public safety simply by harnessing the power of existing technology.

Boruchowitz sums it up, saying, “We’re getting more accurate information, we’re getting verified information, and, more importantly, we’re sending our deputies into situations with better intel, allowing them to be safer and ensuring that our response is adequate for exactly what is occurring versus what is traditionally reported by phone.”

A nationwide push for better technology in emergency communications is well underway. The full scope of the effects this could have on public safety are still to be determined. It is clear, however, that our 911 capabilities are underdeveloped relative to the broad technological advancements that have occurred in the last 20 years.

Prepared is working every day to maximize public safety and change the way people communicate during emergencies.

And we won’t stop until we do.