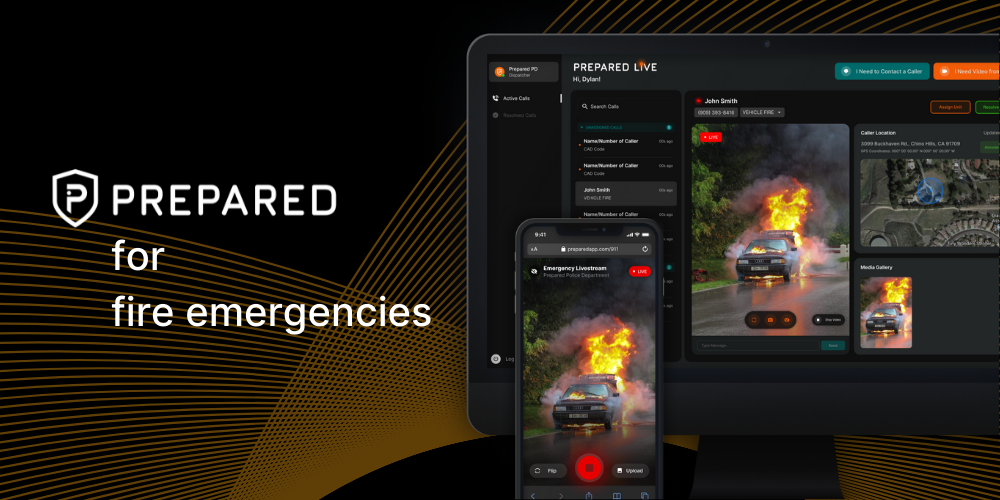 From a young age, Americans are taught how to handle a fire emergency. From “stop, drop, and roll” to “don’t open doors with hot handles,” there's a good amount of common wisdom surrounding how citizens should act during fires; but what about how they should handle the 911 call?

In 2019, the most recent year of statistics available from the US Fire Administration (USFA), there were 1.29 million fires in the United States. These fires resulted in 3,704 deaths and $14.8 billion in property damages. How much of that could have been prevented with more effective and efficient information sharing during the 911 call?

The International Academies of Emergency Dispatch (IAED) and Priority Dispatch have developed rigorous protocols surrounding the handling of a 911 call that reports a fire. At a high level, here are some of the key tasks for dispatchers when a fire is reported:

On that list, points 1 to 4 can be considered information gathering while 5 to 7 are action items. Crucially, the effectiveness of steps 5-7 relies wholly on the accuracy of information gathered during steps 1-4.

Verbal-only 911 calls, which currently make up the majority of calls in the United States, rely entirely on the caller, their mental state, and their ability to describe an emergency under duress. It is not uncommon for a fire to be under or overstated, for the caller to miss a key detail, or to be somewhat incoherent due to the stress of the situation.

When one, or all, of those things happen, the dispatcher ends up trying to construct a puzzle that’s missing multiple pieces. By adding live video to the call, the likelihood of missing pieces in the puzzle decreases significantly.

Benefits of adding video to the 911 call

Identification of size, scope, and situation are key for a reported fire. By adding live video to the 911 call, dispatch centers can:

For example, when a caller describes a structural fire as “large,” the fire could be large to them, large compared to the surrounding area, or not that large at all. However, if the caller is livestreaming the fire to the dispatcher, the telecommunicator on the headset is able rely on years of experience to accurately categorize the size of the fire, identify parts of the structure that may be in danger of collapse, and give a detailed report to firefighters before they enter the scene. Now, these brave men and women step into the emergency better-informed and with a higher likelihood of success.

Video is new to 911 - but that doesn’t mean it can’t make a big impact. Check back soon for more information in Prepared’s “Fire Hub” that’ll dive into every aspect of 911 fire calls and the impact of video!

Thank you for requesting the toolkit! You should be receiving an email with the toolkit shortly.