How to save time and money fighting wildfires 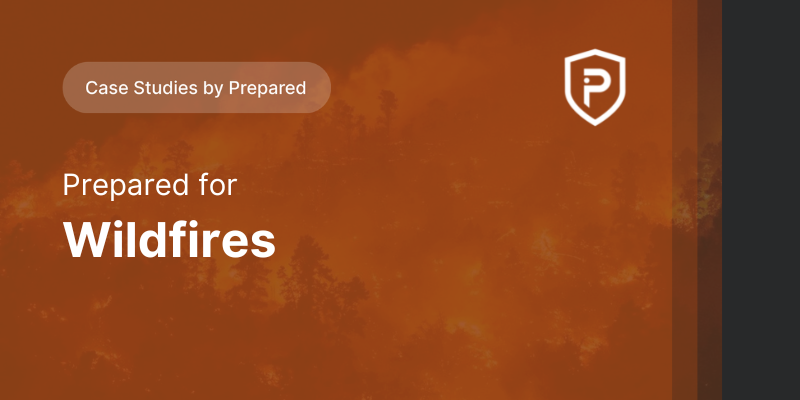 In Larimer County, Colorado, public safety officials have had to deal with some of the worst wildland fires in the country over the last five years. The Cameron Peak Fire began on August 13th, 2020 and was not officially “controlled” until January of 2021. It claimed almost 500 homes.

David Moore of the Larimer Emergency Telephone Authority (LETA) vividly remembers the Cameron Peak Fire and the strain it placed on their agency. He knows how difficult it is to manage firefighters and fire resources across the large territory that LETA serves.

He tells me, “[We have] a very large county, very rough and tough terrain to maneuver and we deal with that [terrain] unfortunately a lot. I think we have more natural disasters in our county than in anywhere else in the state of CO.”

With so much space to cover and only limited resources to allocate, even the most minute decisions can have a massive impact when determining how to fight a fire.

“We have several issues when we’re dealing with wildland fire and a lot of it begins with just accessing where the fire is. The county is large enough where sometimes our response time to some of these incidents could be hours where in most places it’s usually minutes,” David says.

It can be difficult to determine how to act based on the information that a caller gives, David adds, “People are calling and giving different descriptions and a lot of times they’re wrong because they don’t really know the territory. So just getting to some of these incidents before we can even manage them or start to assess them is sometimes a long time.”

Prepared Live is helping to change that.

When citizens call 911 to report a fire in Larimer County, they do so with Cameron Peak in the back of their mind, David says, “The folks who live here are a little 'gun shy' when there is a fire, for obvious reasons,” and adds, “having [Prepared Live] available [to enable] qualified people to actually assess what is going on in conjunction with what they’re told is huge because it can really change the level of response.”

“Having [Prepared Live] available [to enable] qualified people to actually assess what is going on in conjunction with what they’re told is huge because it can really change the level of response.”

Rather than relying only on the caller, who may have little knowledge of the mountains that surround them or the chance that the fire is in danger of spreading, LETA can now rely on Prepared Live to give their wildfire experts a look at exactly what the caller is reporting.

Recently, a citizen dialed 911 to report that their neighbor’s cabin was on fire. David recounts, “Based on what the neighbor was telling us, if this was the traditional 911 call, you would think it was far worse than it was, that there was this great potential for spread to go wildland.” Because LETA has Prepared Live, however, they were able to see exactly what the caller was seeing.

“Having that video, and having a wildland fire expert watching that video, he was able to let the responders know that based on what he was seeing, the potential for spread to wildland does not look that bad,” David says.

And that is far from trivial knowledge; simply sending a helicopter would’ve cost the center upwards of $10,000. As outcomes like this repeat over the course of the year, the money quickly adds up to an incredibly meaningful portion of an agency’s budget.

David concurs, “There is the potential there for us to maybe save a considerable amount of money by having this technology and knowing what we’re getting into before we even get there....So far, on the wildland fire side, I see nothing but benefit.”

A solution for any emergency

While LETA has to dedicate significant resources and time to wildfires, they’re far from the only emergency that dispatchers and first responders must handle. David is excited about Prepared Live’s applications across fire, law, and EMS.

“Having this tool available for qualified people to assess what is actually going on in conjunction with what they’re told is a huge tool because it can really change the level of response. It [could be] far worse than what they’re describing but it is better to know that while you’re responding rather than when you get there, especially for someone like us when it could take us hours to get there…If you’re calling in additional resources when you get there, they’re that much further behind.”

Want to learn more about how Prepared Live helps with other emergencies? Click one of the links below:

Upgrade your en-route size-up on structure and urban fires

Save time and money on 911 hangup calls